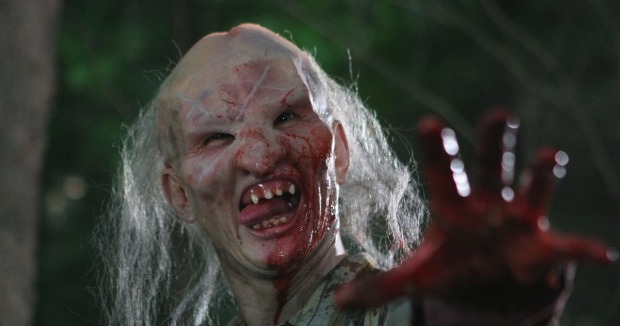 Your worst nightmare will be back in WRONG TURN 6

Deformed cannibals from West Virginia are set to hunt again. This Halloween 20th Century Fox home pictures has decided to bring back brainless man eaters Three fingers, Saw tooth and One eye in the 6th installment of the hit gore slasher WRONG TURN.

The story is about a young boy Danny, who receives a surprise inheritance from a relative he had not even known about. To claim the newfound riches he travels to Hobb Springs, a resort deep in the hills of West Virginia along with his friends. It wasn’t too long before he realizes that his relatives Hillicker, a clan living secretly at that place from a long time were using many old rituals to survive and the most liked of them was to eat humans to gain strength. Testing times for Danny, as he has to choose between his friends and his relatives.

The wrong turn franchise was stared way back in 2003 and the first part tells the story of a young girl chased by a group of cannibals in a deep forest. Success of the first part resulted in five sequels in a period of 10 years. The franchise is the longest running horror film series in recent times and has done a business of USD $50 million so far.

Valeri Milev is directing the sixth part, featuring Sadie Katz and Roxanne Pallet (Lake Placid 3) in the lead roles. A poster of the film has been recently uploaded and the release date is set for this year on Halloween. 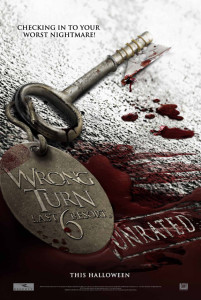 Trailer review of THE POSSESSION OF MICHAEL KING