The much-awaited superman vs. batman film ‘Dawn Of Justice’ was released in India last week. Although the film was not liked by the critics much, it did very well on the box office with a revenue of 30 Crore in first week. One thing which Indian film fan must have observed and me too was a clear resemblance in the character of Jesse Eisenberg in the film with the character of Shahrukh Khan in Yash Chopra’s Indian film Darr.

Indian superstar Shahrukh Khan plays the villain in this 1993 psychological Indian thriller film, which did really well for his career. His way of stammering while taking the name of the lead female character of the film KIRAN became a signature style of him. Now I don’t know whether it is just a co-incidence as I don’t think that Hollywood stars watches much of the Bollywood films, or it is well intentioned but the fact of the time is that in superman vs. batman ‘dawn of justice’ not once but several times Jesse Eisenberg uses the same style of stammering while speaking the dialogues.

Even another filmmaker and director Bejoy Nambiyar thinks the same way and mentioned it on social media and in some of his interviews that there was a clear inspiration taken in this Hollywood blockbuster from Shahrukh Khan’s character. Now at a time when Indian films are severely criticized for lifting content from Hollywood films so often, this news is really a kind of relief for them as now they can say that lifting is a global phenomenon and Indian film industry is not the only culprit to do so. 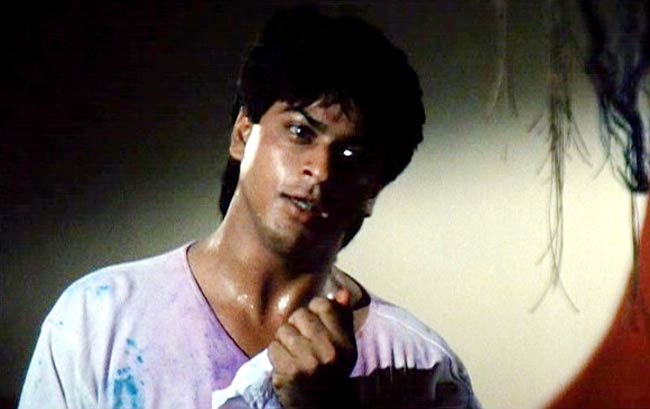 Emraan Hashmi is shooting at the most haunted forest of Romania