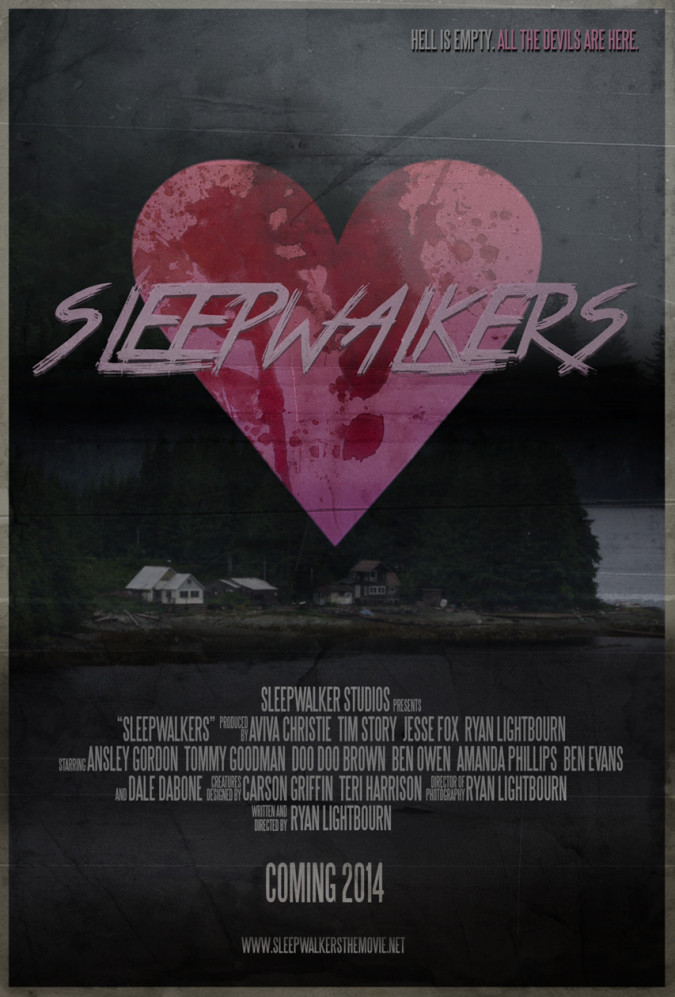 Five young energetic friends go out wanting to do something different, of course landing up in the wilderness for an escapade. Sound familiar? Yes, this has to be one the most popular plots of a Horror film and is just the premise of upcoming horror “Sleepwalkers”.

Starring J Larose who can be remembered from “Insidious” and “Saw”, the film tells the story of these adventure hungry friends who go deep inside a forest to have some fun, but their over zealousness leads them to make a mistake unleashing a dangerous nocturnal entity. Of course, we all know what happens after that – lots of screams, anxiety, murder, blood and plenty of thrills.

The trailer of the movie is pretty scary, especially at 0.45 seconds, where you can hear the sound of sobbing before we see something very horrifying. Hollywood website Movies Of Hollywood has considered this movie to be one of the most talked about Horror films of 2014. Red Rock director Ryan Lightbourn directs the film.

Creepy trailer of English horror film OUT OF THE DARK