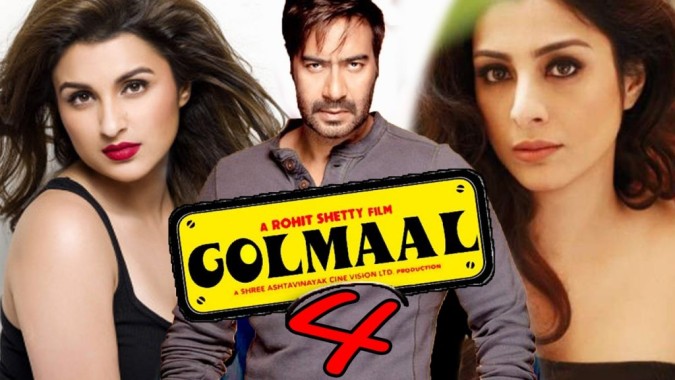 This Dipawali Rohit Shetty’s horror comedy may beat Amir Khan’s upcoming film Secret Superstar on box office, though India is not a profitable market for horror films (Hollywood horrors like Conjuring, Annabelle are an exception).

Now the reason for this success is not the quality of the content or the fact that the film is a horror comedy. The real thing is the star power, which has always been a big factor when it comes to the box office numbers in India for a film. Golmaal Again is a multi starrer with Ajay Devgan, Tabu, Pariniti Chopra, Arshad Warsi, Kunal Khemu, Shreyas Talpade and Tushar Kapoor. This is the fourth installment in the super hit comedy franchise Golmaal and the success of its predecessors is also a strong point in favor of this film.

In this part Gopal (Ajay Devgn), Madhav (Arshad Warsi), Lucky (Tusshar Kapoor), Laxman Prasad (Shreyas Talpade) and Laxman (Kunal Khemu) move back to their old neighborhood in a new, palatial house. What they don’t know is that the house is haunted by a ghost, and later when they come to know about it, they become terrified. Will they be able to save themselves from this big problem?

The reviews of the film are not available yet but considering the success of Judwa 2 in spite of average to mix reviews it doesn’t seems to play any role in the success or failure of this horror comedy.

Why we can’t even JUST copy a good Hollywood horror film?