Our world is full of mysteries and some of them forces us to think what we know about humanity, and how we got to where we are today.

Turkey’s Göbekli Tepe is one of the most researched yet unsolved mysteries. The site, located at the top of a mountain ridge, is comprised of more than 200 pillars, up to 20 feet in height and weighing up to 20 tonnes, arranged in roughly 20 circles. Many of the pillars have predatory animals engraved on them. Structures like this are found in every corner of the world but what made Gobekli Tepe a mystery is the period when it was built. As per the data available on various archeological sites, Gobekli Tepe was built more than 13,000 years ago, predating Stonehenge by more than 8,000 years. 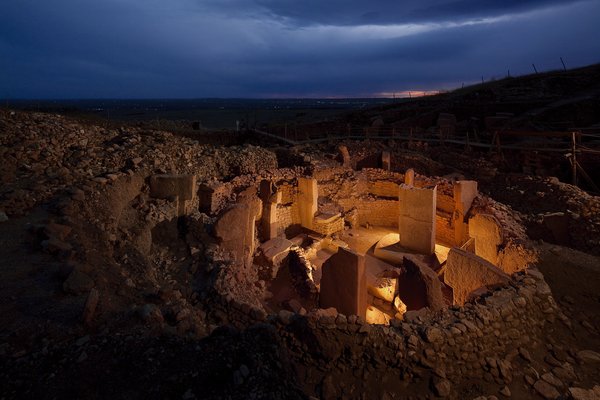 Its existence and the time when it was built are totally in contrast with the conventional view of the rise of civilization. It was the time of hunter-gatherers, and making a religious structure by them is not only incredible but a big question. Prior to the discovery of this site, we believed that the people of that time lacked complex symbolic systems, social hierarchies, and the division of labour — three most important things required for building a 22-acre massive temple. Also, formal religion is supposed to have appeared only after agriculture produced such hierarchical social relations.

The findings at Göbekli Tepe, however, suggest that we might just have the story backward — perhaps it was the need to build a sacred site that first fuelled hunter-gatherers in their quest to organize themselves as a workforce, to settle down in one place, to secure a stable food supply, and to, eventually, invent agriculture. But the existence of the site raises far more questions than it answers. How did nomadic, Neolithic man manage to organize a workforce to complete this site? Why was it built?

How come it predates similar structures by thousands of years? Excavation started on the site in 1996, and most of it still remains to be unearthed, but for now these questions must go unanswered.