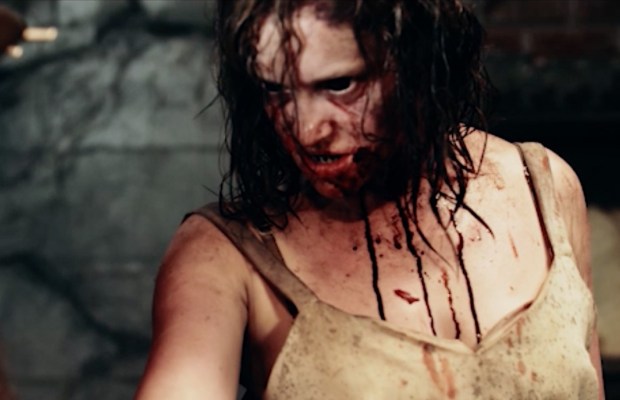 Watch The New Clip From ‘The Possession Experiment’

The 2014 horror British horror films ‘The Quiet Ones’ definitely sported a few palpable scares, but was considered trading too heavily on past glories of hammer films. The film was based on an experiment done by a professor and his three students on a subject to study paranormal phenomenon. Earlier this year, Jon Barkan wrote about ‘The Possession Experiment’, which at the time had released a new trailer that he dubbed, “…vicious, gory, and epic.” This one is also based on an experiment to understand possession and exorcism. Now, Bloody Disgusting has an exclusive new look at Scott Hansen’s film starring Bill Moseley (House of 1,000 Corpses, The Devil’s Rejects), Chris Minor (“Edge”), Jake Brinn (“Glimpse”), Nicky Jasper (“Nocturne”) with KT Fanelli (“Pretty Bad Girls”).

THE POSSESSION EXPERIMENT tells the story of Brandon (Minor), who has always been drawn to the supernatural.  So when asked to pick a topic to base his final world theology class project on, he decides to explore the dark world of exorcisms. Teamed up with three classmates, the group investigates a multiple homicide that they eventually discover was an exorcism gone horribly wrong. Brandon becomes obsessed with the event, and in a strange turn of events, decides the only way to research this topic is to undergo an exorcism himself.

The Possession Experiment arrives on VOD and iTunes on December 6, 2016 through Momentum Pictures.

18 Horror Films Appear On The List Of Eligible Movies For 89th Academy Awards.