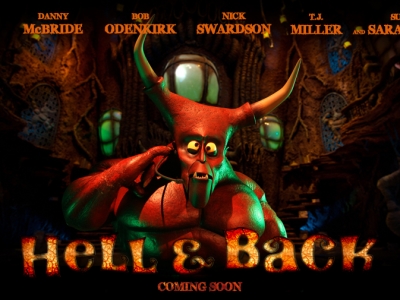 UPCOMING HORROR FILM HELL AND BACK

Remy, Augie and Curt best friends since birth jokingly take a blood oath and break it leaving Curt to be dragged to Hell to be sacrificed. They must risk everything to save their friend from a slew of misfit demons, Greek legends, and the Devil himself.

Captured in high quality stop-motion, Hell and Back

Stop motion (also known as stop frame) is an animation technique to make a physically manipulated object or persona appear to move on its own. The object is moved in small increments between individually photographed frames, creating the illusion of movement when the series of frames is played as a continuous sequence. It has been extensively used since decades in various films such as the chess scene in Star Wars and many more.

Hell & Back is produced by ShadowMachine and is currently in post-production.