In horror films the term Final Girl is used for the lead actress who survives a tough climax fight with the ghost or killer when everyone else is murdered. Director Todd Strauss-Schulson and writers M.A. Fortin with Joshua John Millers (Near Dark, River’s Edge) have devised this term for the title of their upcoming horror comedy FINAL GIRLS.

The film tells the story of a teenage daughter who is mourning the death of her mother who is a former scream queen – the term generally used for actresses who have been associated with horror films. After an incident, the daughter gets transported back in the past into the world of her mother’s favorite horror film. The happiness of getting re-united for both the women is short lived, as now they have to fight the maniac killer of the film.

Taissa Farmiga (American Horror Story: Murder House) and Malin Akerman (Watchmen) play the role of daughter and the mother. The film is presently in post production stage and set for a 2015 release by Sony Pictures Worldwide Acquisition. 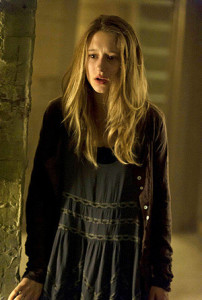