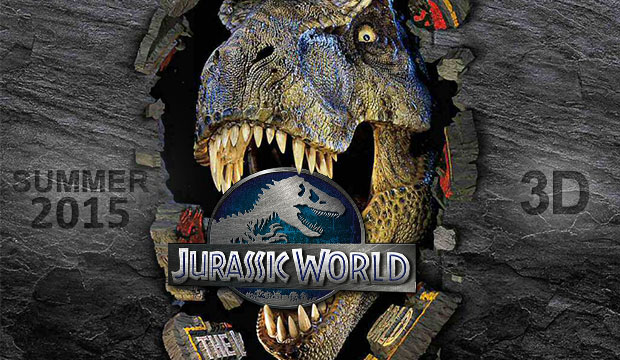 Teaser and first look of Jurassic World is released now

After being in development hell for more than ten years, the next part of the Steven Spielberg mega hit JURASSIC PARK is finally in the shooting stage. The fourth installment in the series titled JURASSIC WORLD is on the floor since April 2014 and recently the first look and a teaser of the film was released online.

The film is set 22 years after the last installment, Jurassic Park III and the theme park Isla Nublar as envisioned by John Hammond is now fully functioning. The only problem with this dinosaur theme park is the decreasing number of visitors, which are falling rapidly. A new attraction, which is brought on board to pull in more visitors, fails horrifically bringing in grave problems for the place.

Steven Spielberg was not associated with the third part of the series and interestingly this part was the least successful part of the franchise with box office of US$368 million (the first part did over a billion dollars business and the second part US$ 618 million). In the fourth installment he is associated as a producer. Colin Trevorrow is directing the sequel (Safety is not guaranteed) with the screenplay written by Derek Connolly.

Chris Prat and Bryce Dallas are playing pivotal roles in the film, which is all set to release in June’15 by Legendary Pictures.