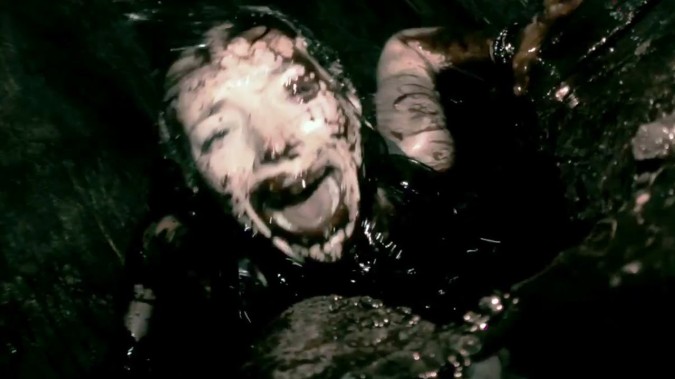 Super scary trailer of Hollywood Horror As Above As Below

This one is shockingly fresh and scary. If you are a horror fan, you must have seen or heard about Devil (produced by M. Night Shyamlan). The film was set in a lift, where four people are trapped and start dying one by one. We personally liked the film a lot for its innovative plot. The film was directed by John Erick Dowdle (he also directed and wrote Quarantine).

The same director is back with As Above As Below, an American-British-French independent found footage horror. The film has a superb premise set in the catacombs of the Paris city where a group of archeologist go far deep into the ground in search of an old treasure. These catacombs are the places where thousands of dead were buried and their souls are believed to occupy the place. Once the team reaches there, they realize that the place was far more dangerous than they had expected and begin witnessing the own fears of their pasts coming live in front of them.

What is the most impressive about the trailer is the location and the production designer has done a great job. Imagine visiting a tunnel in the ground and finding a whole network of more tunnels there, all being narrow and dark. The main characters in the film keep moving inside these claustrophobic holes, dark-creepy and having evil occupants. The next good thing is the makeup of the ghost; it is different and looks creepy. Although some places in the trailer we just thought of “Descent”, but nevertheless liked it pretty much.

The film is produced by legendary pictures and will be released worldwide on 15th August’14 by Universal Studios. The main leads are Ben Feldman (Cloverfield, Friday the 13th) and Edwin Hodge (The purge, Die Hard). John’s brother Drew co writes the film and deserves a mention.