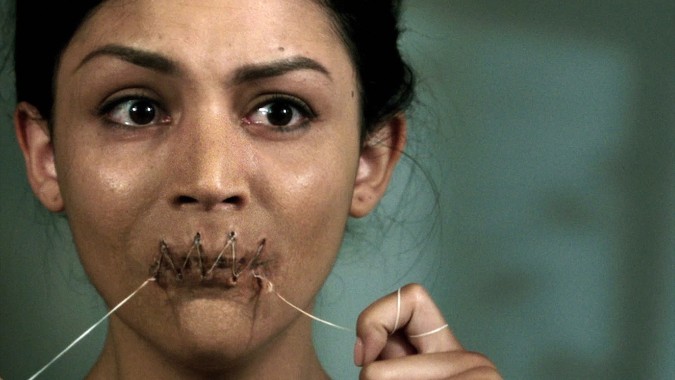 With the success of last year’s horror film Ouija it was inevitable that a sequel would be made and now word comes from the Hollywood Reporter’s Heat Vision Blog that the sequel has found a director and its leading actress.

Mike Flanagan, best known for his 2014 horror film Oculus, which was also co-produced by Blumhouse will direct the sequel. Flanagan had already been co-writing the screenplay for the sequel with his Oculus co-writer Jeff Howard.

17-year-old Annalise Basso, who also appeared in Oculus as the younger version of Gillan’s character, has been hired for the leading role in the movie as a young girl whose father died.

Ouija is a 2014 American supernatural horror film directed by Stiles White in his directorial debut Ouija is the first film adaptation of a toy property from Hasbro, which owns the Ouija board commercial trademark. The film was produced by Platinum Dunes, Blumhouse Productions and Hasbro. It tells the story about Deanne who after being encouraged by her friends Sarah and Angela plays Ouija to contact the spirit of her recently deceased boyfriend, Tom. Deanne soon finds out that there is more to her circle of friends and her boyfriend’s past when she tempts with the spirits of the dead

Universal Pictures and their partners have already set a prime horror release date of October 21, 2016 for Ouija 2, hoping to repeat the success of the first movie which grossed $102.5 million worldwide on a $5 million budget.