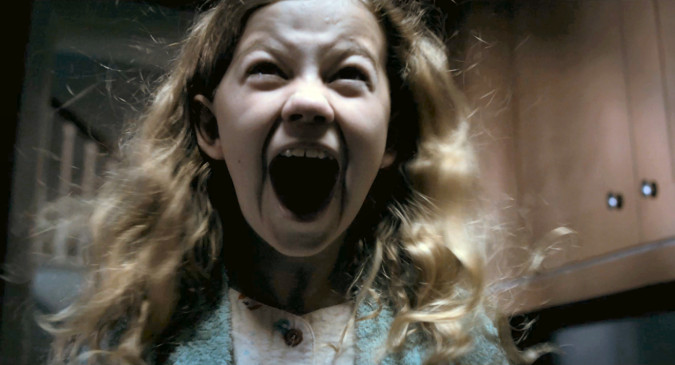 A two-minute short horror inspired ace horror filmmaker Guillermo Del Toro so much, that he decided to convert it into a full-blown feature film. The result was a 2013 box office blockbuster MAMA with a worldwide collection of around $150,000,000.

This Spanish-Canadian horror is about two young girls abandoned by their father in a forest, subsequently fostered by an unknown entity they fondly called MAMA, they live there for nearly 5 years and are finally rescued by their uncle who brings them back to his suburban home. The girls however, are not alone – “MAMA” accompanies them all, displaying extreme possessiveness over the girls and hence inflicting havoc upon their uncle and his live in partner.

The film exhibits an eerily stunning look designed for the character of MAMA and is charged with some very emotional moments and notable screenplay that grips your full attention, not wanting you to move away from the storyline.

Directed and co-written by Anres Muschietti, and featuring Oscar winner Jessica Chastin, this dark emotional horror is definitely a must watch from 2013.