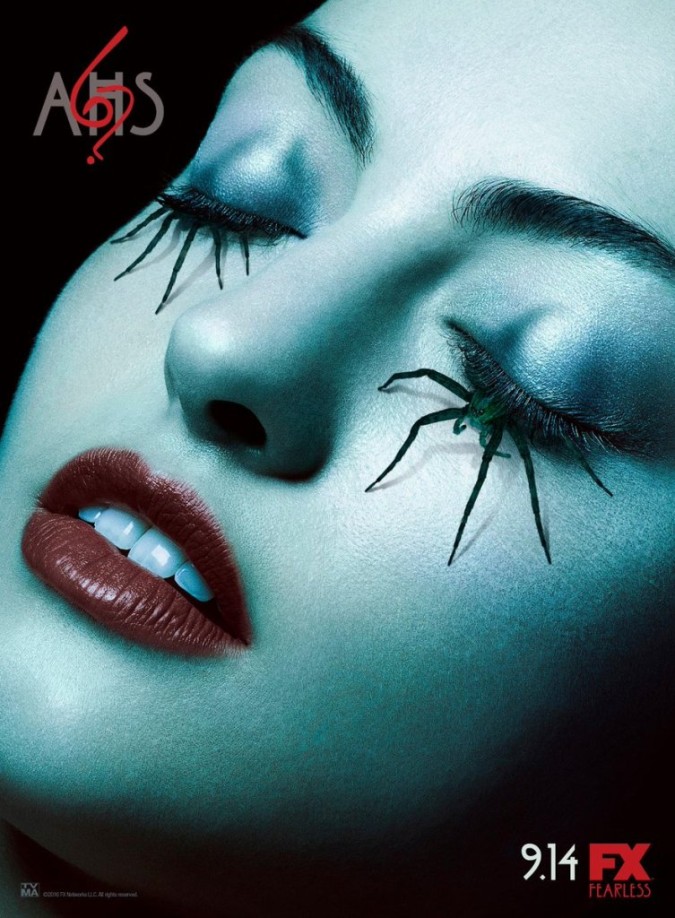 There are so many people who absolutely loathe spiders. Just a view of a big spider can make your heart pounding and racing. That’s why the new poster of sixth season of “American Horror Story” is really disturbing, which shows a woman’s face, eyes closed, only to have spiders emerging from beneath the eyelids.

It’s been confirmed that Lady Gaga will be returning to the show and apparently we’ll be seeing Romika Annabell Osorio, Kathy Bates, and Cuba Gooding Jr. but no other casting news is known. We hope to see Angela Bassett, Sarah Paulson, Denis O’Hare, Matt Bomer, Wes Bentley, Cheyenne Jackson and Finn Wittrock return.