These children are not adorable, they are evil

Australian writer-director Leigh Whannell is known for his groundbreaking writing in films like Saw, Dead Silence and Insidious. His next as a writer also has an unusual plot idea, and that is to have children as the main antagonists in a horror film titled COOTIES.

The film is about a school located in an isolated place where a mysterious virus infects and all the children of the school become savage killers. In this situation an improbable hero forms a group of teachers and leads them to fight against these innocent looking predators.

The film is co-written by Ian Brennan. The Lords of the Ring and Deep Impact actor Elijah Wood is playing the main lead with Midnight in Paris actress Alison Pill. Cary Murnion and Jonathan Milott are producing it along with Spectre vision. This horror comedy is very much in news since quite some time and has been picked up by Lionsgate films for a wide release in October’2014.

My favorite film with an innocent child as an antagonist is ORPHAN. The film depicted the character of a girl Esther in a great way and this innocent looking girl played by Isabelle Fuhrman scared most of us in the climax of the film. 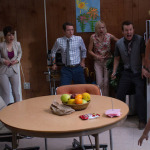 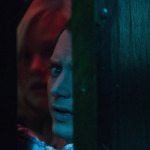