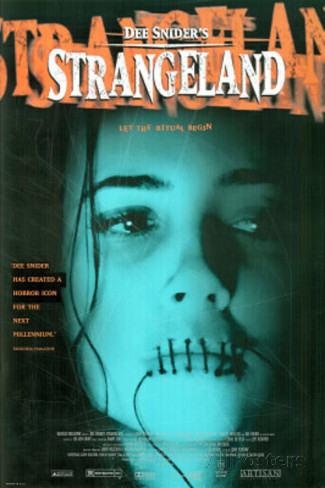 The 1998 horror StrangeLand was severely panned by critics for its violent content but the ferocious Captain Howdy becomes a cult horror villain after the release of the film. His popularity even inspired Fangoria Comics to release a comic on his character Dee Snider’s Strangeland. A talk about the prequel or sequel of the film started as soon as the film released, but has been in a development hell for more than 17 years now.

Finally Bloody Disgusting reported two days back that Emaji entertainment has acquired the rights for the remake of the film and De Snider is going to reprise the role of Captain Howdy in this fresh reboot. The original film which was also written by De Snider tells the story of a small town where teenagers were mysteriously abducted and tortured by a criminal. When the daughter of the town’s sheriff falls prey to this merciless killer, the whole police force comes into action and captures the killer Captain Howdy. He was further sent to a mental asylum and later gets a chance to rehabilitate back in the same town. This however did not amuse the locals and they started teasing Howdy, who got fed up by repeated attacks on him and started his killing spree again on a more massive note.

In the original film, Howdy used to lure victims in Internet chat rooms. Nothing has been said about the remake, but this part can use the social networking sites very well in the story, as today many teenagers are getting trapped and bullied by people on these platforms. While John Pieplow directed the cult classic, the reboot is yet not attached to any one as of now.