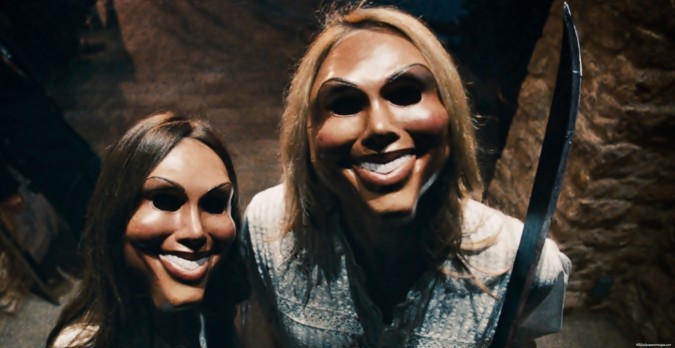 The crime rate in 2022 in America is at an all time low, people are happy, tranquil and peace exists everywhere. Too good to be true? Well, not quite so. The government has allowed, that for once every year, only for 12 hours, all crimes will be legal. One can murder, rape, steal or whatever suits their fancy. All the emergency and police services are suspended for this period – people call it the “Day of Purge”.

This unusual concept was developed by James De Monaco, and with producer Michael Bay, this was made into a shocking and disturbing horror movie “The Purge”.

Ethan Hawke starred as a home security systems salesman with a wife, an aloof daughter and a son Charlie, who always questions the logic behind the “Day of Purge”. Charlie, on one of days of the “Purge”, shuts down the house security system to save an African American man from a riotous mob out to lynch him – only to face the wrath of the mob that attacks the house with a vengeance.

A definite must watch.