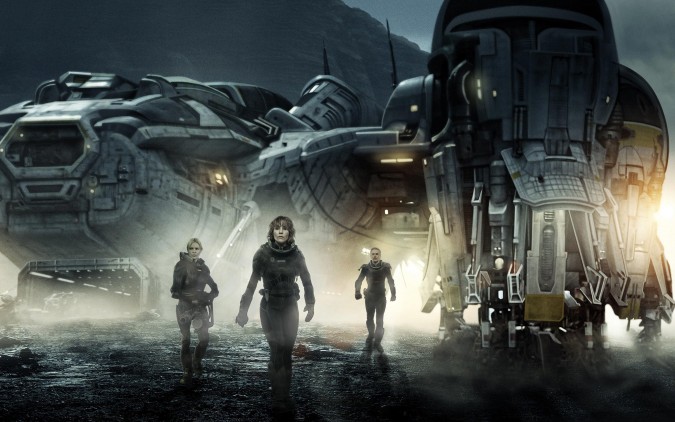 How The Alien: Covenant Is Connected To Prometheus

Well we all know now that Ridley Scott’s Alien: Covenant is a sequel to Prometheus (which was a spin off/prequel of the Alien), but so far it was not sure how it would be? At the end of Prometheus, Elizabeth Shaw (Noomi Rapace), with the guidance of the android head of David (Michael Fassbender), takes off to the Engineers’ home planet in order to make them answer for what they were planning.

So it was never sure if Rapace is returning, although it’s been reported that she is not. Fassbender is said to be the only person on the Engineers’ home planet, which leaves us with quite a few questions.

What we know that, in Prometheus, these Engineers built a temple (secretly designed behind-the-scenes as a shrine to Xenomorph designer H.R. Giger) harboring a deadly DNA weapon that was on course to Earth. Why were the Engineers planning to destroy Earth 2,000 years ago? That’s what Shaw was trying to find out.

A crewmember from the Australia Fox lot snapped a shot of the enormous head being built on set, giving us knowledge that the films’ connections go beyond theme. Can we assume we will see more shrines on the surface of “Paradise”? Katherine Waterston (Inherent Vice, Jobs, The Babysitters) is leading a new crew that included Demian Bichir and the hilarious Danny McBride (“Eastbound and Down”), as well as Alexander England (Gods of Egypt), Billy Crudup, Amy Seimetz (A Horrible Way to Die, “The Killing”), Jussie Smollett (“Empire”), Carmen Ejogo and Callie Hernandez (Machete Kills). Alien: Covenant is set to release on on August 4, 2017.