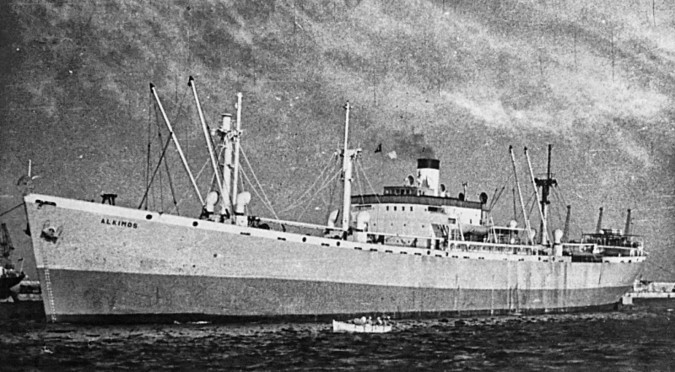 The Alkimos, originally named George M Shriver was a ship built during the time of the first world war and only took a mere ten days to complete. It was originally built as a merchant-shipping vessel and was used as one of the Congress approved American express Liberty ships. When the war was over she was sold to Norway who changed her name to Viggo Hansteen. Ultimately she was sold to Greek shipping company and was given her final name – Alkimos.

In 1944, when she was owned by the Norwegians, she was steering towards a Russian port when two of the ships ahead of her were tragically bombed by German U-boats. Although she managed to escape the hands of this devastating happening, fate didn’t really have better plans and she became stranded over a coral reef that was not traceable on any maps. Having spent almost an entire a day marooned in one place with no help at hand, she finally gave in and couldn’t take her own weight any longer.

Alkimos was still used to sail for an outstanding twenty years after her accident however her propeller was severely damaged so was taken to Hong Kong for permanent repairs. However during her repairs, she was puzzlingly set on fire causing damage worth thousands of dollars. When an attempt was made to once again repair the damages, Alkimos couldn’t sustain and broke away from the towing ship and drifted away into the open ocean.

There are widespread rumours that Alkimos was jinxed due to her unfortunate history. It is said that during the ship’s construction all the labourers became trapped between the hulls with no one coming to help them – their ghosts are said to haunt the ship.. More strangely many of the sailors and labourers had reported that whilst working on the ship their tools would mysteriously disappear and then reappear out of the blue. Furthermore anyone who worked on the ship faced great unfortunates in their normal life such as illness, bankruptcy and death. At night they would not leave their cabins out of fear of hearing unexplained footsteps whom they claim would follow them at night.

Another eerie sighting is the ghost of “Harry”, the ghost of a man who murdered people on the ship and then eventually committed suicide. He has been seen clad in fisherman boots and a dark grey seaman’s jacket. Horses running across the beach refuse to ride past the shipwreck and some don’t cross up to 500 metres ahead of it.  Numerous coincidental incidents of drowning, sinking ships, visitors slipping and falling in to the sea in and around the Alkimos are highly common occurrences.

As of 2007 the ship is almost fully degenerated and has sunk below the waterline where it no longer visible from the beach. 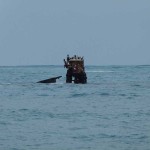 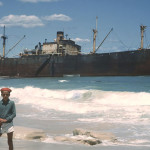 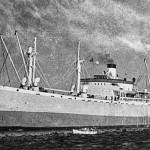