Director Zack Snyder and screenwriter David S. Goyer are returning for the sequel of MAN OF STEEL but this time the sequel is going to be something very different, as it is going to feature Batman and Superman together on the screen. In the history of cinema both of these legendary superheroes have never shared the cinematic screen together. The film is titled BATMAN VS. SUPERMAN: DAWN OF THE JUSTICE.

Henry Cavil is going to reprise his role of Clark Kent/Superman with Ben Affleck coming in as Bruce Wayne/Batman with Zack and David Goyer having developed the story. The project was given a green signal after the success of Man of Steel and Academy award winner Chris Terio (Argo) is writing the screenplay. The casting will also have Gal Gadot as Wonder Woman and Amy Adams reprising the role of Lois Lane.

The production team has yet not revealed the plot of the film although Zack has earlier stated that the film will be based on the graphic book, The Dark Knight Returns. However, he later said that the film is not going to be based on it as Batman is going to join Superman. The shooting has already commenced in Detroit, Michigan. A teaser of the film was leaked online by SDCC a few days back, which was an instant, hit among the fans. It is been removed now on the complain of Warner Bros.

One more interesting casting in the film is of Lex Luther, who in this part will be played by Jesse Eisenberg (Social network, Now you see me). Watching Jesse in the character of Lex will be thrilling as his personality indeed is going to take the character to a new dimension. The film is slated for a 2016 release. 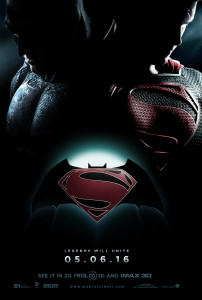