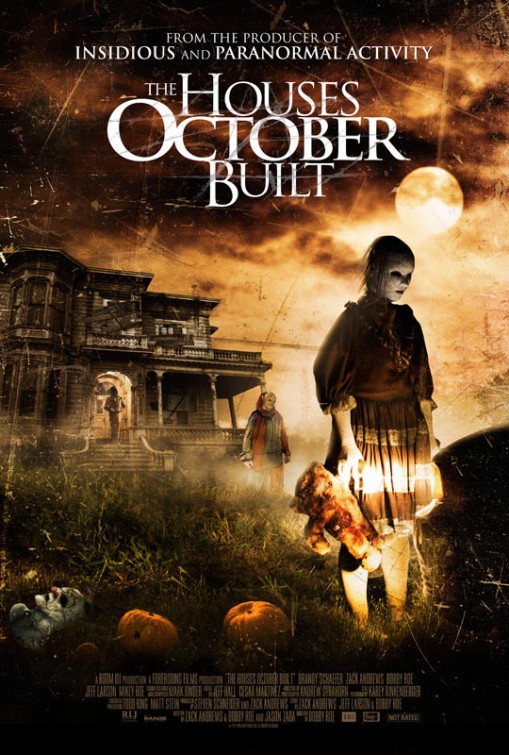 A new horror film trailer that released a few days ago is making headlines. Steven Schneider, executive producer of films like Paranormal Activity and Insidious is behind this brilliant found footage horror titled The House October Built. This time he is producing it with debutant director Bobby Roe. The film is based on a documentary made by Bobby in 2013 and is about people that go and visit haunted houses on the night of Halloween.

The film revolves around a group of five friends who start a road trip on the night of Halloween to visit a bunch of haunted houses. They see several of them and meet strange and crazy people celebrating the festival everywhere. Before they finish their road trip, they stop at one particular house and their fun soon switches into a quest to save their lives from an unseen evil power.

Everyone liked the 2013 documentary, which inspired Steven to approach Bobby to make a full feature on the concept. Bobby writes the film with new writers Zack Andrews and Jason Zada. The film has been picked by image entertainment for a limited October release. Director Bobby and writer Zack are also playing one of five friends in the movie.