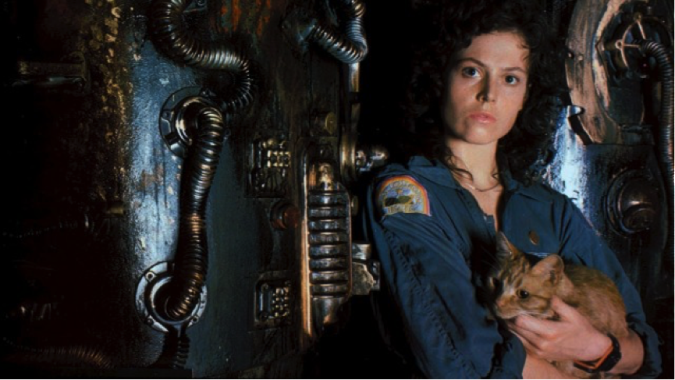 When it comes to film franchises, the numeral used to be all you needed to denote a follow-up to a popular film. But there’s nothing more confusing than the constantly changing Alien franchise, which boasts normal sequels, crossover prequels, and most recently Ridley Scott’s Prometheus, best described as a “spiritual prequel.” And, now, the newly announced Prometheus sequel, which is titled, called Alien: Paradise Lost.

By the time Prometheus was released in 2012 to mixed reviews, it was downgraded to simply “sharing DNA” with the Alien franchise, and indeed its plot couldn’t logically match up with Scott’s original film to make it a real prequel. Perhaps Scott has realized that was an error and is now trying to rectify it by making another film that actually does count as part of the Alien series. But his reasoning is a little bit more vague.

Yesterday, Ridley Scott announced that his sequel to 2012’s Prometheus would be titled Alien: Paradise Lost, effectively tying his next directorial outing far closer to his original 1979 Alien than he’d previously let on. Now he’s clarified even more details to Empire, dropping hints about the prequel/sequel’s connections to Ellen Ripley, the original Xenomorph and Neill Blomkamp’s Alien 5!

“In a way it is ‘Prometheus 2,’ it’s exactly the same story,” Scott confirmed. “But it was always in the works to be called that [‘Alien: Paradise Lost’]. Is ‘Prometheus’ actually taking us off course from where I’m going, which am actually backing into the first ‘Alien’… I’ve even got connections with Ripley, but I’m not telling you what.”

“Years ago, I kept mulling over what ‘Alien 2′ could be, I was fiddling around with some ideas,” said Scott. “I was always fascinated with why this thing [the xenomorph] would be made, by whom, and for what purpose? The planet it was on – and I was looking at the dark side of the moon – would be called Paradise. Paradise is a very ominous word…”

Finally, Scott laid to rest tiresome rumors that Alien: Paradise Lost is somehow getting in the way of Neill Blomkamp’s Alien 5.

“I’m producing it,” he reiterated on his role in Blomkamp’s proper sequel. “The design is for it to go out next, after this. This will go out first. It’s more associated with Ripley, it’s a completely different angle, and it’s more of a sequel. I’m coming in from the back end.”

Alien: Paradise Lost will go before cameras in February with Noomi Rapace and Michael Fassbender set to reprise their roles of Shaw and the android David, respectively. A 2017 release date is expected, with Blomkamp’s currently untitled Alien sequel likely coming out the following year with Sigourney Weaver and Michael Biehn returning as Ripley and Hicks.