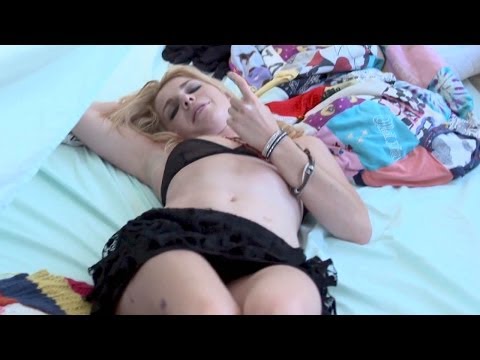 After Ragini MMS, now a Hollywood horror based on a Sex Tape

We have generally seen Bollywood horror films getting direct or indirect inspiration from Hollywood, but the subject of the forthcoming Hollywood horror “SX Tape” seems to be on the lines of Ekta Kapoor’s “Ragini MMS”. While the Bollywood film was based on the sex tape of a young couple, “SX Tape” also tells the story of a couple trying to spice up their relationship by making a Sex Tape.

Steven Schneider, executive producer of “paranormal activity “ has produced the film while Bernard Rose, director of 1992 horror “Candy Man” has directed it. The film is shot in the found footage style and the trailer of the film looks good.

The film is about a couple whose relationship is facing a tough time. For a change the couple decides to make a sex tape and go to a deserted house for it. Soon they realize that it was not only them who inhabit that house, but there were other things too. Strange things happen with them and they are forced to be locked up in that house and fight supernatural powers to survive.

The premise of the film is different and has potential; however while reviewing the film SciFinow stated that the makers could not used the potential of a fresh plot into an extraordinary story. The film was premiered at BFI London film festival in October’13 and will be released on DVD on 2nd July’2014.