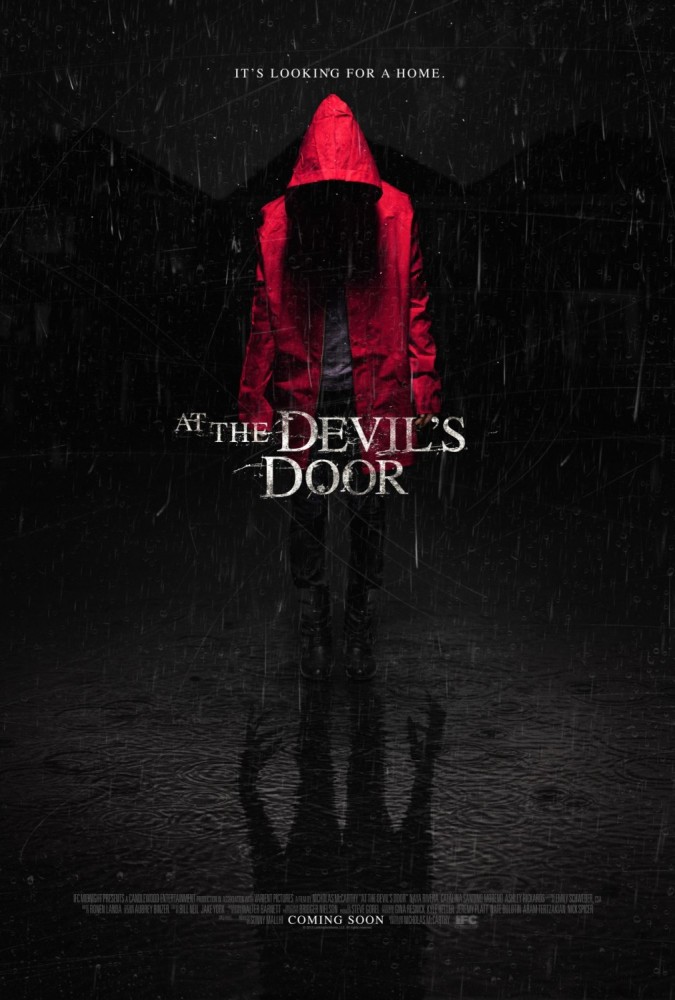 Promising trailer of Upcoming Hollywood horror AT THE DEVIL’S DOOR

Possession and the Devil have always been the favorite ingredients of filmmakers for making a horror film. Adding one more chapter in the long list of movies based on it is AT THE DEVIL’S DOOR. In his recent interview writer-director of the film Nicholas McCarthy said that he has tried something very fresh in the film, not going by the traditional demon based films.

The film depicts the story of a real estate agent Leigh, who has been approached by a couple for selling their property. While visiting the house, Leigh sees a girl there whom the parents claim had gone missing. Trying to help the girl, Leigh brings her home, only to fall in the trap of a demon possessing that girl. Making things worse her sister too gets involved in the further events that seem to be never ending.

The trailer of the film is assuring specially the effects, the costumes and the lighting. The scene where a woman is pulled up and then thrown out of the window is a real winner. The film is partially dark and bright and the characters also look great.

Catalina Sandino Moreno (The twilight saga: Eclipse) plays the role of the real estate agent while Ashley Rickards is doing the character of the possessed girl with Naya Rivera playing the role of Leigh’s sister. The film had its premier in South by Southwest film festival and recently released on digital and VOD. A theatrical release is set for September’ 14.