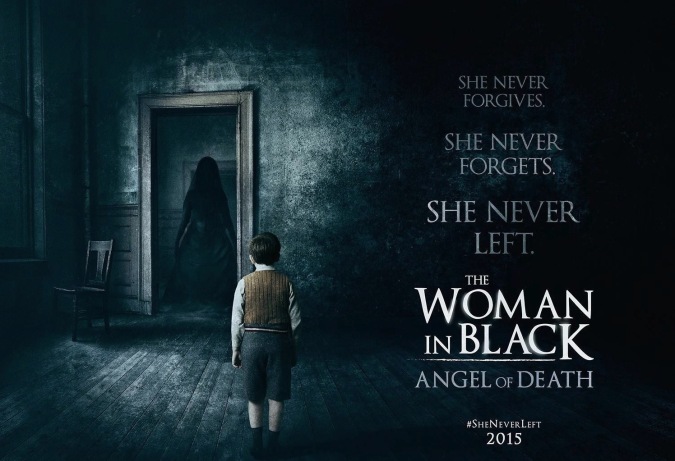 New images of the woman in BLACK 2, ANGEL OF DEATH released online

Hammer production has released new images of the WOMAN IN BLACK sequel. We can see lead actress Helen McCrory holding a lantern in a dimly lit room. We had reported to you earlier that the lead actor from the first part Daniel Radcliffe is not going to be the part of the sequel however the house where the haunting took place in the first part is again the key point of the script.

The story of the sequel has the backdrop of World War II. During the London bombing two schoolteachers are rescued along with all the children of the school and are relocated to a countryside house. This is the same Eel Marsh house, where 40 years earlier Daniel Radcliffe’s character has investigated the hauntings in the first part. As soon as the children reach there, strange events start taking place and very soon both the teachers realized that there is a dark presence in the house. With the help of a pilot they have to fight against the woman in black to save the children.

Tom Harper directs the film with a story by Susan Hill (the author of the original novel). Other than Helen, Jeremy Irvine (War Horse, Railway Man) and Phoebe Fox (One Day) are playing key roles. The film is slated for a January 2015 release.