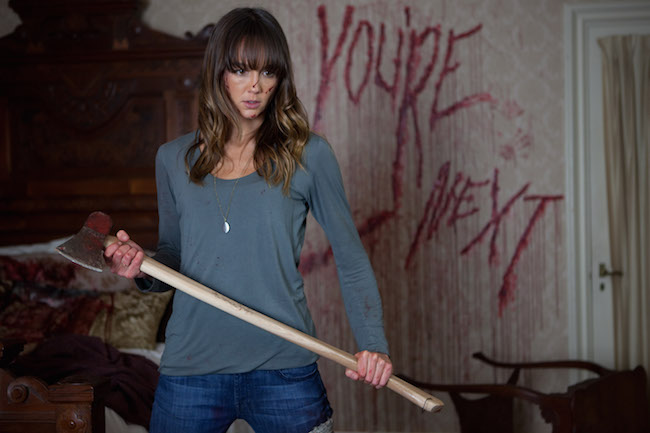 Hope you haven’t missed this Horror of 2013

2013 had been a great year for Horror films and we just want to remind you in case you might have missed some of the best works done last year. We are now at the mid point of year 2014 and a few good horrors have released this year so far. Most notabley being Deliver us from Evil, The Quite Ones, Devil’s Due, Babadook, Poltergeist and Paranormal Activity.

The movie of 2013, which we would like to recommend to you is a remarkable piece of work with a new star cast, a few films old director and a low budget. But none of these could stop this Horror titled YOU’RE NEXT from becoming a runaway hit. It was a slasher film with some stylish gore and chilling moments. Interestingly made on a small budget of USD$1 million, the film was premiered at the Toronto film festival in 2011 though for a wide release it waited for another two years till Lionsgate picked it up for worldwide distribution. The film made around USD$ 25 million becoming a profit-making venture for the studio.

The plot of the film is about a big family get together on the occasion of the marriage anniversary of their parents. All the sons and daughters and their spouses/girlfriends comes to this unique family reunion in their Missouri vacation house. They talked, ate dinner, spent quality time, reminisced about past memories and argued too but neverthless they were all happy being together. Their happiness though was short lived, as on the night of the anniversary suddenly three people wearing the masks of a LAMB, a FOX AND a TIGER attack them. The count of the dead bodies rises fast until a girl friend of the elder son strikes back on the killers who wrongly presume her to be a vulnerable girl trying to defend herself. The girl gives the killers a heroic survival fight shocking them and finally the climax comes up with a revelation which was shocking not only for us but for the girl too. 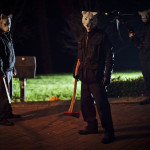 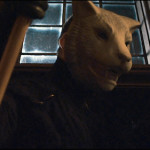 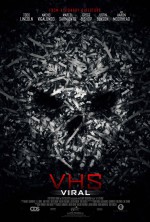