Ghost in an Aircraft

Beautiful airhostesses, hot food, holiday beginnings, all of this reminds us of an airplane. But while sleeping in cushioned seats thousands of feet up in the sky, what if you experience a paranormal presence and that too of a violent ghost. Surely you just can’t open the door and run away, so it leaves us to only one solution, face the fear or die.

Sound interesting, isn’t it? So get ready to watch a Hollywood Horror based on this innovative and chilling plot. Acclaimed Japanese horror director Takashi Shimizu (Grudge) is directing it. The film titled 7500 was ready to release in 2013 but faced some delays and now finally the film was released this month in Thailand and a trailer is now available for us to watch.

The story is about a Vista Pacific 7500 Los Angles flight bound for Tokyo, which is a routine ten hours flight. But as the flight commenced its journey over the Pacific Ocean, the passengers begin to experience paranormal events in the cabin. As the time passes by they witness things, which no one ever wants to see anywhere in life and especially not while flying in the sky where is nowhere to flee. 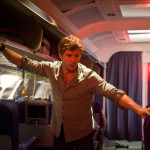 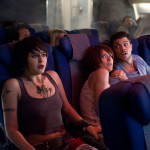