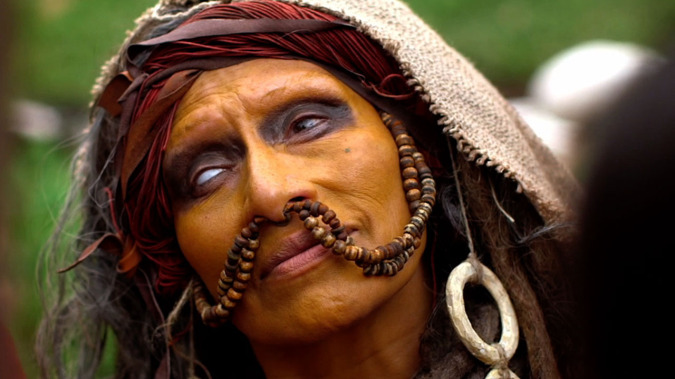 Eli Roth’s THE GREEN INFERNO is going through release problems

Acclaimed director Eli Roth who is known for making milestone horrors like CABIN FEVER and HOSTEL must not be very happy about this news. His next directorial venture titled THE GREEN INFERNO, which was scheduled to open on 5th September by Open road films, was not released citing some financial problems.

The film has a very interesting premise. A group of American students, who want to protect tribals, are travelling from America to the Amazon forest. Their plane crashes on the way and very soon they find themselves between the very native tribe they wanted to save. The next revelation for them was the behavior of the tribe who were cannibalistic and ready to eat anything even if it were those coming to protect them.

The film was inspired from many films made on cannibals living in dense forests, but the biggest inspiration was the Italian horror CANNIBAL HOLOCAUST directed by Ruggero deodato. This 1980 horror is considered as the very first found footage horror and has a cult following, especially for its brutality and gore.

The Green Inferno has Lorenza Izzo and Ariel Levy in the main leads for whom the film is a big break. They too must be unhappy about the problems regarding the release of the film.