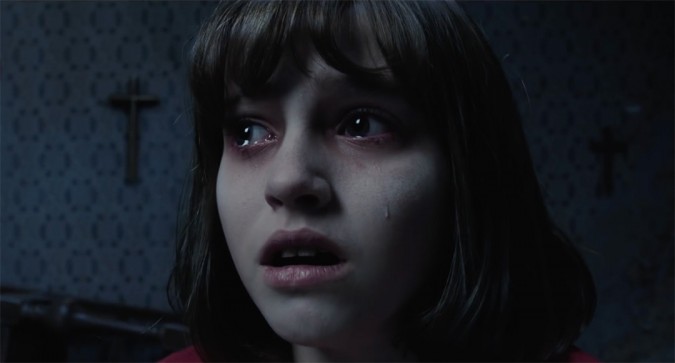 The sequel of 2013 blockbuster horror The Conjuring successfully proves that James Wan is a master of horror as the Conjuring 2 is equally scary and impressive as its predecessor.

Based on the true story of United Kingdom’s Enfield hauntings, the film is clever and keeps us on the edge of our seat. Though the original hauntings in the house of hodgson family were generally considered a hoax, Wan comes with a twisted ending making the poltergeist believable and very frightening. Unlike Wan’s earlier films The Conjuring 2 also has some light moments where Ed Lorraine portrayed some funny moments and even sings Elvis Presley “Can’t help falling in love”. The film has some terrific jump scares, though I still miss the hide and seek from the first part with clever use of clapping which brought us one of the best jump scares from horror films.

Story by Chad Hayes, Carey Hayes, Wan and David Leslie Johnson is gripping with a nail biting climax. Performances by Vera Farmiga and Patrick Wilson are errorless but the surprise winner in the acting department was 11 years old Madison Wolfe in the character of Janet, she has really done a great job.

The background music, the production design, and direction is all fabulous, so waste no more time, go and watch one more masterpiece by James Wan. From our side we give film 4 and a half moon.

10 Most Anticipated Horror Films Of 2016