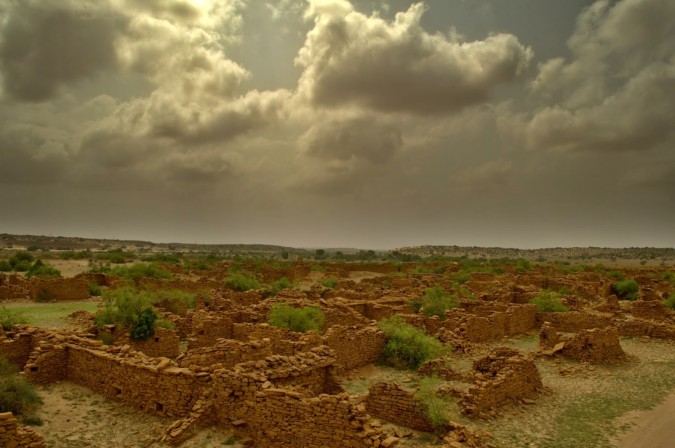 About 15 kms from Jaisalmer, Rajasthan, ruins of an 800 old village Kuldhara are considered as one of the most haunted places of India. The village was established in 1291 and in that period it was not only heavily populated but also considered a prominent place of Paliwal Brahmins. This community was a prosperous one but something terrible happened with them and the village was abandoned overnight.

The story that abounds this event is that the occupants of the village were continuously dominated by the local samant (ruler). Heavy taxes and unnecessary demands of the rulers were troubling the villagers. The problems scaled a new high when the samant demanded that he be handed over a beautiful girl whose father was the chief of the village. The people were totally against this ultimatum and they decided to leave the village and overnight all the population shifted to other place leaving the entire area fully deserted. But before leaving the place they cursed it that no one else would ever be able to occupy it.

After the incident, many people tried to take hold of the land of the village but unexplainable events took place with them, strange deaths were witnessed and slowly the place became to be known as haunted. It is said that spending a night in the place is impossible. The paranormal society of Delhi decided to check the reasons behind the haunting of the place so a team of 18 persons visited the place and stayed there overnight. They reported several strange occurrences during the stay like continuous changes in the temperature, creepy voices and even activities observed in their ghost box.

The place is now protected by the Archeological Survey of India and reminds us of its similarity with another haunted town of the Rajasthan called Bhangarh, which was also abandoned overnight. 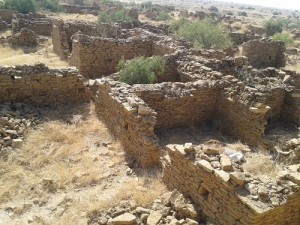