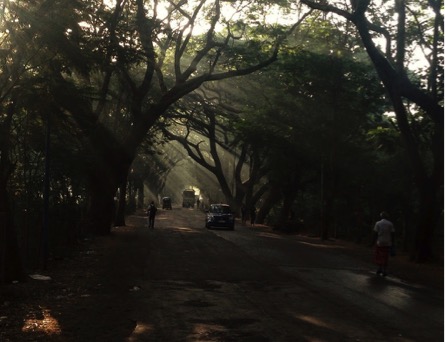 Bollywood is renowned for producing an abundance of predominantly state of the art feature films as well as an array of low budget entertainers to suit the entertainment needs of various stratum of society worldwide, Indian as well as otherwise. It goes without saying that such a magnanimous industry would require top class filming locations that are picturesque as well as allowing for ease of shooting and most of all aptness to the requirement of the script and mood of the film.

Recently however, this place has proven to be a rather undesirable location for shoots, especially ones that run overtime into the wee hours of the night thanks to an uninvited guest that lurks the forest lanes of this beautiful stretch of land. She is seen daily without fail by someone or the other post 10pm everyday and is usually standing under a tree, luring the unaware by posing as a damsel in distress seeking a lift from an unfortunate victim falling trap to her misleading guise.

The most commonly documented incident that has repeatedly occurred with various individuals is where the lone woman stands beneath a tree, sometimes with a child and immediately walks to the middle of the road as the car approaches her. Asking for a lift passengers take pity and offer a seat and a drop off to her desired location. All goes well when the driver checks on her from the rear mirror and sees her seated comfortably in the back, until – he turns to his side where he sees the same silhouette of the woman with exactly the same attire but now with the screaming bloody face of a demon holding on the window and being dragged by the car like the end of a scarf held in the wind. He is then faced with an even bigger conundrum when he turns back to his rear mirror and sees the same woman calmly sitting in the back assured she will reach home safe and sound.

This incident has been recounted several times by various individuals and has been said to last between a few seconds to up to a mammoth ten minutes leaving victims traumatised to no end. It has now become such a nuisance for producers as actors and crewmembers are now refusing the work post the notorious hour of 10pm.

Well maybe she might cut visitors some slack if she’s offered the lead in Vikram Bhatt’s next horror venture…Worth a try?? 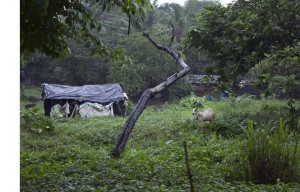