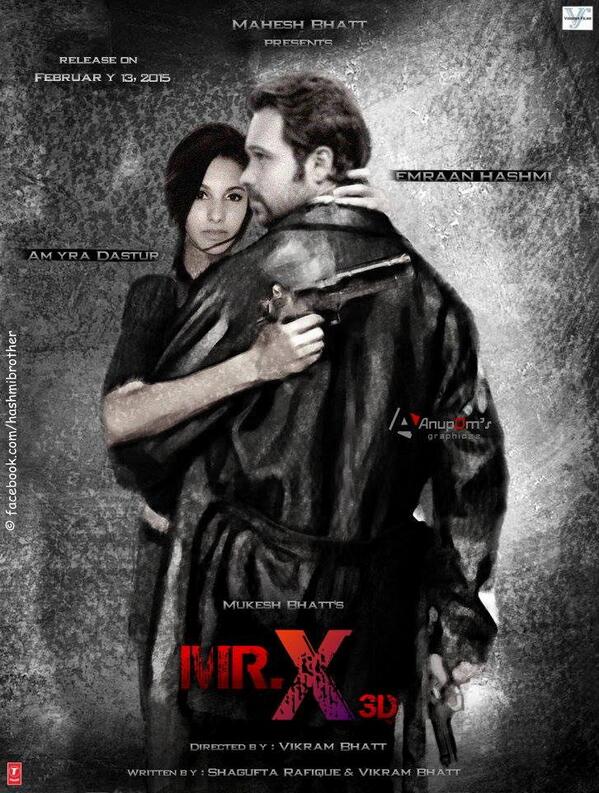 In spite of having some very big names of Indian cinema behind it, Mr. X falls miserably to impress audiences. This Hollow Man meets Aakhiri Rasta starts as a Sci Fi horror and switches to a revenge movie later but finally couldn’t justify either of the genres.

Emraan Hashmi plays the role of a cop who falls prey in a conspiracy to kill the Chief Minister. One accident surprisingly makes him invisible and he decides to take revenge while his own fiancé, also a cop is tries hard to stop him from doing so. While Hollow Man gave us an interesting explanation about the invisibility, Mr. X doesn’t waste much time in this. A blast, some radiation, an anti radiation medicine (which Emraan takes orally), miracle of God and our hero is invisible. The revenge plot also fails to appeal as the plans are fishy and the defense is mostly muddled.

Emraan Hashmi and Arunodaya Singh do a fair job in their characters; Amyra Dastoor tries hard in the role a morally strong cop but falls quite short. Direction of Vikram Bhatt, music as well as the Cinematography is average. Dialogues of Shagufta Rafique are sometimes witty and meaningful.

So overall Mahesh Bhatt’s tribute to his father wouldn’t seem to make his father too proud. If you have not a thing to do this weekend, then you may go for it. Our rating for this is 2 and half moons.