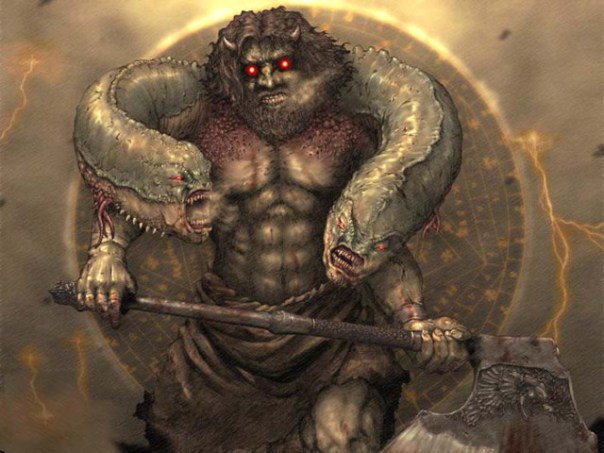 Mike Flanagan’s blockbuster horror film Oculus is getting its Indian remake. The original English film was based on an evil mirror, which hosts a cunning, merciless ancient demon. The title Oculus refers to an eye size opening or design. The mirror used in the English film was exactly the shape of an eye. The Indian remake is titled Zahhak. It is a wonder as to why the Indian remake doesn’t have a similar name.

After doing some research it becomes clear that the word Zahhak refers to an Iranian demon. This demon appears in Zoroastrian literature and is described as a monster with three mouths, six eyes, and three heads (presumably meaning three heads with one mouth and two eyes each), cunning, strong and demonic. But in other respects Aži Dahāka has human qualities and is not just merely an animal.

In Arabian literature Zahhak was born as the son of an Arab ruler named Merdās. Because of his Arab origins, he is sometimes called Zahhāk-e Tāzi, “the Arabian Zahhāk.” He was handsome and clever, but had no stability of character and was easily influenced by evil counselors. Ahriman therefore chose him as the tool for his plans for world domination.

Here one thing indeed deserves a mention that the demon figure in the English version of the film was something unprecedented. The evil mirror had all the ability to transform your thoughts, making you a sinner, converting you from a normal human to an evil person. And when you will try to kill it or win over it, the mirror will change the reality into illusion (remember the shot where Karen Gillian ate a bulb thinking it was an apple).

So Prawal Raman, director of the Indian remake obviously has found a very good title for his horror film. The fans of Oculus in India are eagerly waiting for this film featuring Saqib Saleem and Huma Qureshi in the lead roles.