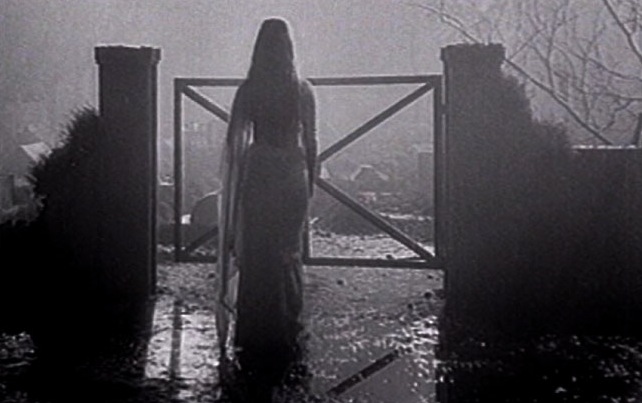 She is always clad in a white sari, though peace is the last thing she wants. Her hair is long and rather than styling them, she prefers to hang them free and she is mostly found barefoot with heavy silver payals (anklets). Graveyards or the roads surrounding them are her favourite places to hang around and she usually has a tremendous voice loving to sing various melodious songs whilst walking around these so-called hazardous places. Though being very modest in her dressing, she contrarily is caked in make up – blusher, lipstick, thick eyeliner and mascara, yes, the whole works.

No this isn’t the profile of a weird self-obsessed bimbo on Facebook, but our favourite Indian horror movie ghost. From the last five to six decades, we have an ample number of them in across Bollywood cinema. They are usually murdered, raped or ridiculed whilst being alive, and now their couls have only one objective – vengeance from the person responsible for their death.

From 1949 horror classic Mahal to 2014 release Mumbai 125 km, they have always dominated Indian horror films. They ruled in the 70’s and 80’s with blockbuster films like Woh Kaun Thi, Gumnam and Veerana. In the last ten years however, we don’t get to see them much, but filmmakers like Vikram Bhatt still love them and he keeps bringing them alive on screen with films like Shaapit.

Critics say that Asian horror movies are mostly based on female ghosts who generally have been severely depressed and tormented in their lives, thus refusing to back after death. Indian horror films also have their share in this concept, usually with some added “tadka” in it.