The official Indian adaptation of Thai horror Alone, also titled Alone in Hindi is releasing today. Bipasha Basu, one of the most popular Indian actresses is doing the main lead. This one is her third horror film in a row, though in India stars generally don’t prefer doing horror films.

Anjana and Sanjana are conjoined twins living with a promise that they will never be separated. Things take an ugly turn when a boy enters their lives. The bond between them soon weakens and they decide to get separated. The operation ends with only one of them surviving. After sometime the dead sister comes back to settle her account and to haunt the living twin.

Famous Indian TV actor Karan Singh Grover is doing the male lead in the film. The film is directed by Bhushan Patel ( Ragini MMS 2) and the Indian adaptation is written by Sheershak Anand and Shantanu Roy Chibbar.

The Thai horror on which the original film was made was a critical and commercial success. However the Indian adaptation has tough competition at the box office as so many films are releasing today. Most notably Prakash Jha’s Crazy Kukkad Family, Zayad Khan starrer Sharafat Gai Tel Lene, spiritual teacher Ram Rahim’s Messenger Of God along with English films like American Sniper and The Theory Of Everything. 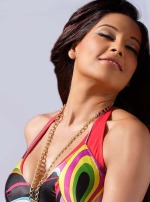